They say to write what you know, and unfortunately, I’m a pilot so…

hypoxia – :  a deficiency of oxygen reaching the tissues of the body

“Gangload your regulator”: put your mask on and switch air to 100% oxygen at full pressure.

hypobaric chamber (pictured below): a cylindrical metal or acrylic tube large enough to hold one or more persons and equipped with an access hatch that retains its seal under high pressure.

Please watch the video below before reading the text. I promise it will all make sense.

The video above shows a gentleman participating in mandatory life support training that every Air Force pilot (every pilot, actually) must periodically accomplish. Inside a hypobaric altitude chamber, under the watchful eyes of trained supervisors, every pilot is “flown” to an altitude above 20,000 ft and made to experience the effects of hypoxia. We do this in order to learn how to recognize the signs caused by this dangerous lack of oxygen to the brain, and recover (get that oxygen mask on at full blast) before it is too late.

In my youth, before joining the Air Force, I wondered why aircrew instructed passengers that when those oxygen masks drop from above, we are to don our own masks first before helping others. Why would I put my needs before the needs of that small child seated next to me? It seemed counter intuitive and perhaps a little selfish—like jumping in the life raft while everyone else goes down with the ship.

Maybe this thought never crossed your mind. Perhaps you are smarter than I and already understand the reason, but it wasn’t until I became a pilot, and had the opportunity to experience hypoxia for myself, that I finally came to know why it was not only unselfish, but NECESSARY to put your mask on before helping others—because if you don’t, in a very short amount of time you will be of no help to anyone, even yourself.

As you can see in the chart below, the higher in altitude you fly, the less time you have to recover before a lack of oxygen renders you unable to function.

“So there I was” (<–another fabulous pilot expression, FYI), flying high after publishing my first novel, thinking to myself that I needed to do more to get out into the world and help others. Foolishly, I thought I needed to repay God for all my blessings—the very things He led me to accomplish for His will.  Every opportunity to put self aside and help another was one more opportunity where I should say an enthusiastic “yes!” Like my “pre-pilot” self, I naively thought I should help others with their masks before donning my own.

It was also around this time that I took a position as ministry coordinator at our church, my husband received a promotion at work, and my dad decided it was time to move across the state to be closer to us.

Before I knew it, I found myself overwhelmed with a new job, a husband who was now expected to work late and on weekends, young children who still need a lot of attention, a father who needed help not only searching for a home, moving, getting settled, and selling his other home, but also with care after an unexpected surgery, along with a million other little things, that I’m very certain, if listed, would take pages and pages and cause you to stop reading (assuming you are still reading at this point)!

I was so busy spiritually putting masks on others that I didn’t realize my spirit was starving for air.

I forgot to care about what was important to me. My writing, my dreams, everything about myself got pushed into a corner.  My job—the one I felt God had led me to—I thought would be that of a mentorship: a place where I would stretch my limits, help minister to others, speak on topics that were important to me. Instead, I found myself stagnated in an administrative position, struggling with the same nagging question, “What exactly am I doing here?” And yet, I kept telling myself that people needed me—I mean, really needed me—and I owed it to God to put all those desires of self aside.

Eventually things would slow down. Eventually I would get back to my own needs and goals.

Last September, I broke down in tears for probably the umpteenth time after an episode where I was feeling overtaxed, over-criticized, underappreciated, and lost, knowing I was somewhere other than where I was supposed to be.

It was at that point that, deep inside, I realized that I was—no, I AM—spiritually hypoxic. That was almost a year ago. Like the man in the video—who, if you watch closely, you see in his eyes that he recognizes he’s supposed to be doing what they are telling him, and yet his brain just can’t seem to do it—I followed suit.

My soul screamed for me to put my mask on. I knew that I NEEDED to take care of myself, but I just couldn’t figure out how to do it. And the worst part is, that as I struggled, knowing what was happening, I couldn’t stop myself from repeating the same behavior over and over.

So here I sit at a Starbucks across town, almost a year later, and the ONLY reason I am here is because I have the most amazing husband who has been holding the mask to my face while I’ve been completely unable to do it for myself. He literally (yes, I used that word and I mean it) pushed me out the door and told me to go write as I kept coming up with every excuse to stay home today. Don’t get me wrong, I’ve been dying to start again, but I’ve also been scared…

I am shaking in fear to throw that oxygen switch to 100% and finally wake to see how far off course I’ve traveled. I’m terrified to have the conversations and make the decisions that I know will be necessary once I decide it’s time to navigate back on course.

I will not abandon those who need me, but rather, I will put my mask on first before helping others. So today, FINALLY today, with more emotion than I can put into words at the moment, I put my mask on, throw my oxygen switch to 100%, and for the first time in over a year…

One response to “Four of Spades” 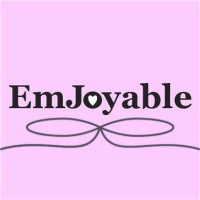